By amhsa_admin27th February 2019 No Comments

An automated warehouse industry leader secured the business of a major customer in the on-line retail supermarket sector, which subsequently necessitated the need to extend their material handling picking line by 20%. This meant an increase from 10 to 12 processing lines.

The original picking line would not be able to cope with the increased demand that would be placed on the processing and picking of orders received for their new customers products.

All stock into the warehouse are received on pallets.  The stock is then passed through an automated system, which reads the barcode for quantity and goods type.  The stock is automatically booked onto the system and allocated to the correct storage area depending upon shelf life and storage requirements.

An online order is placed by a customer which in turn generates a pick list of all stocked products requested.  This order generates two processes; 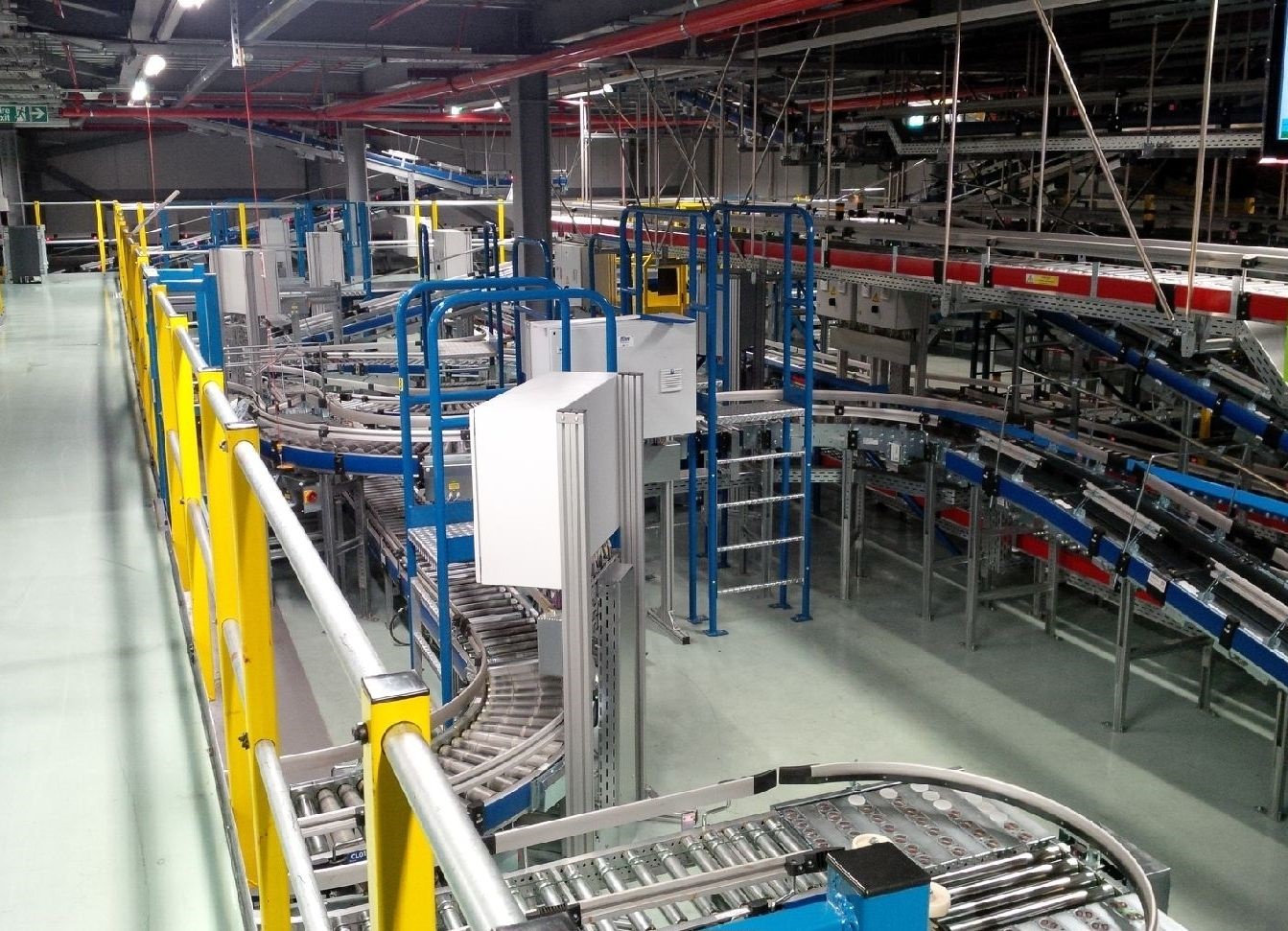 To meet this increase in production Iconsys planned to install a Phase 2 extension to their existing Big and Bulky Pallet Conveyor as well as to their Tote Conveyor areas. To achieve this, four extra pick-stations had to be built along with required pallet infeed conveyors to supply goods to the pick station, lift sections and tote infeed/outfeed conveyors.

At the heart of the system is a Siemens S7-400 Programmable Logic Controller which communicates with several field devices over a Profibus network. The most significant part of these devices are SEW top-of –the –range distributed gear motors with on-board inverters which control the speed and direction of product flow on the conveyor system. Product/Tote monitoring on the project was fulfilled using Sick Barcode readers over the profibus network which provides real-time barcode data to the PLC for automatic tote and pallet forwarding, re-work and/or storage.

Extensive use of distributed remote IO stations from the Siemens ET200S and SEW Z6 range ensured that cabling work could be kept to a minimum.

Apart from the four pick stations, the rest of the conveyor system works automatic mode to achieve high throughput with minimal human involvement.

Eight HMI connectivity points were fitted around the conveyor line on the profibus network to ensure that monitoring and maintenance activities via mobile Siemens HMI’s can be carried out without disruption to the line.