On Wednesday 12th June, despite the inclement weather, AMHSA Members arrived at Wokefield Park Estate Golf Course to compete in the inaugural AMHSA Sporting Challenge Charity Golf Day.
The De Vere management team made everybody feel very welcome to their championship course and were ready to ensure that we had a memorable day, although they could not have been expected to have control of the unusual June weather. However, a little rain was not going to dampen the spirit! The truly fantastic venue and golf course in the heart of the beautiful Berkshire countryside more than made up for the unseasonal conditions.
Earlier this year at the AMHSA AGM, members approved support to raise funds for Cancer Research UK. Various events and activities are intended to help the Association achieve its target of £1,000. The plan is to grow the AMHSA Sporting Challenge into an annual fundraising event allowing members networking opportunities in the relaxed environment of an informal venue.

Members, associates, customers and their guests were invited to compete against each other in a stableford (four ball format) competition, for the title of AMHSA Sporting Challenge Day Champions.

After breakfast golfers were keen to be under way and guests mustered on the putting green for the first of the day’s competitions – the “One Putt Wonder Challenge”. The enthusiastic participants were keen to demonstrate their putting prowess. Several more pounds were raised for the charity on the putting green and nobody disgraced themselves. All putts were relatively close to the selected hole and the competition was won by David Pass from SMP representing the Informa team. 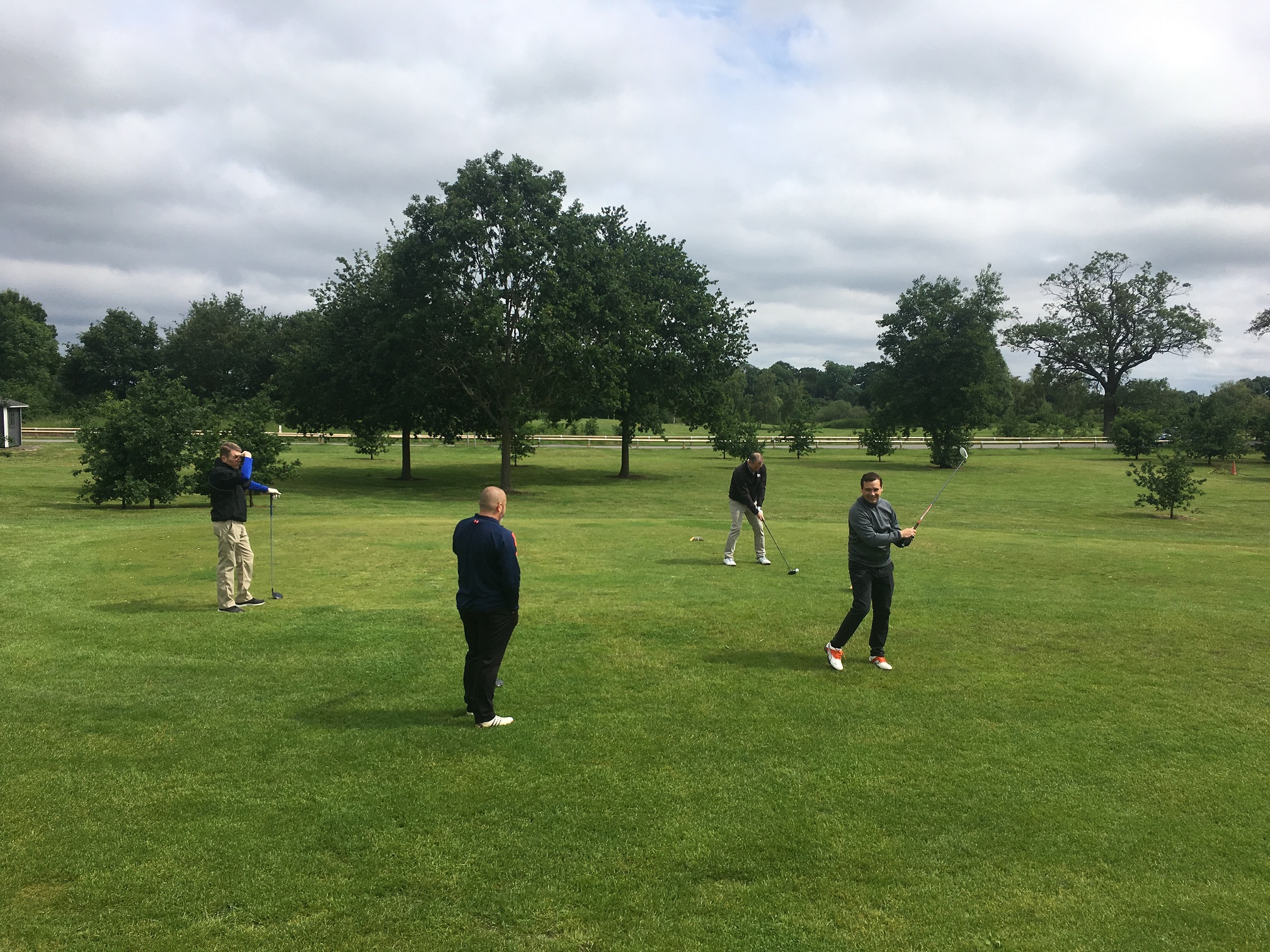 The Mezzanine International Team at the 1st Tee

The main competition got under way just before eleven o’ clock with all teams finding the fairway from the tee – although this would be the first and only time that this phenomenon would occur all day!

Players’ competitive nature was questioned again at the 553 yard 4th hole where the longest drive competition was staged. The competition did not change hands more than once so we presume that most golfers failed to keep their tee shots on the fairway or simply could not match the target set by Andy Woodward in the first group.

Although the course plays extremely long, at just over 6,500 yards from the yellow tees, competitors were mindful of the charitable reason for playing and battled through any feeling of tiredness. Nobody left the course after the 9th making excuse and heading to the 19th hole, all persevered regardless of their on course playing misery.

Onto the 17th, and nearly home, the last of the in tournament competitions “Nearest the Pin”. Several golfers made the green but accuracy was their greatest challenge. The winner left his ball within 5ft of the hole… not sure if they made the putt for a birdie 2! 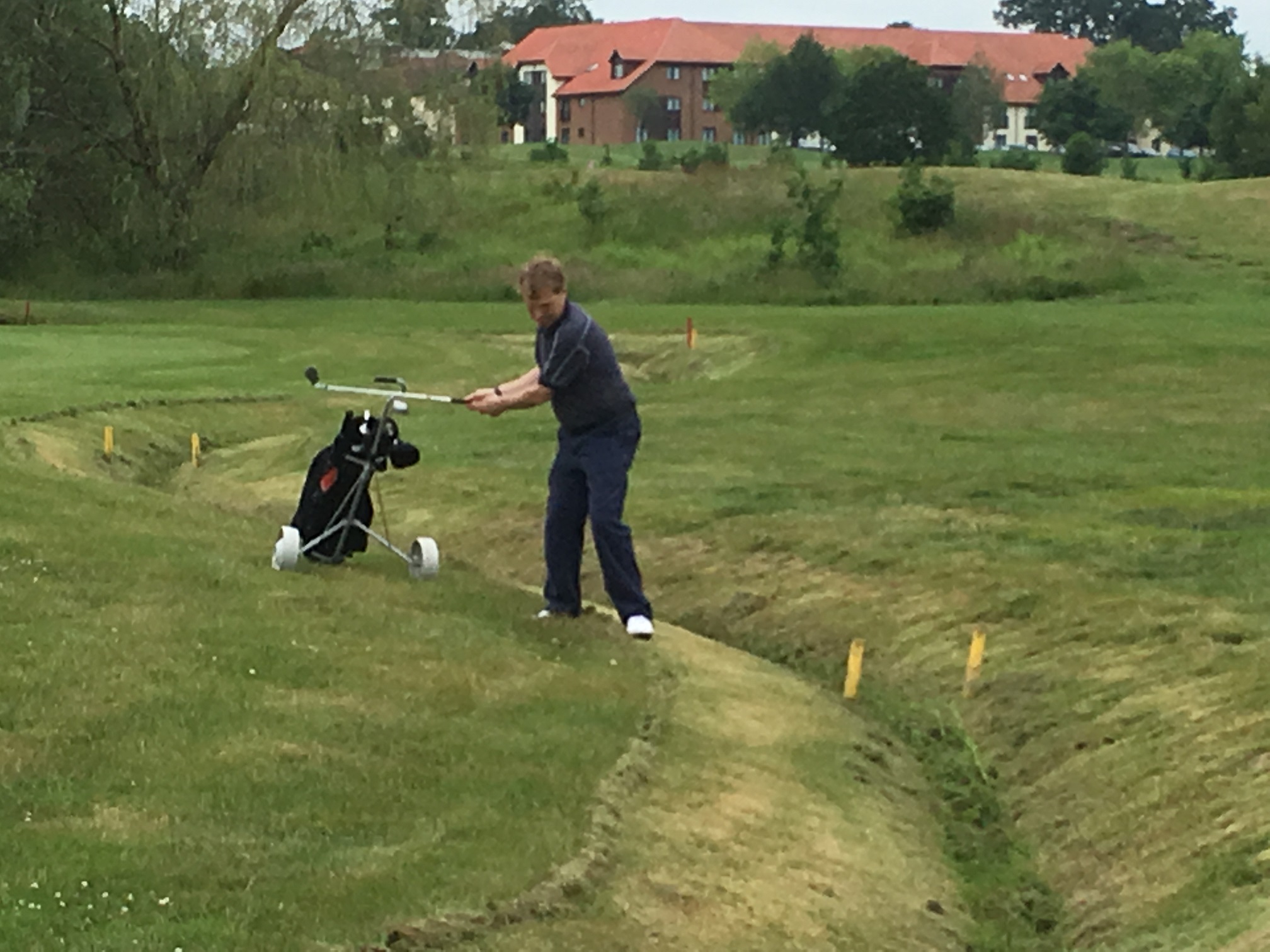 The afternoon was completed and followed by a three course dinner and awards ceremony. Competitions out on the course had been won by Matthew Jones, AMHSA – Longest Drive and Scott Chambers, Mezzanine International – Nearest the Pin both receiving prizes for their respective individual wins.

The main stableford competition was relatively hard fought. Informa were declared runners up with a points total of 121 and pipped to the AMHSA Sporting Day Challenge Championship post by Mezzanine International with an unassailable 130 points haul. Gene Toomes, from parent company Mitek / Berkshire Hathaway Company, collected the championship trophy on behalf of the Mezzanine International team.

An extremely great social networking day was enjoyed by everybody who attended the event. AMHSA are proud to be able to support Cancer Research UK. By raising awareness of our support for this crucial charity we aim to demonstrate that our values go beyond our industry and that we extend them to the very people who make it the success that it is. Scott Chambers in his role as Association President, commented that “he was extremely pleased that members, partners and associates had turned out to support this very worthwhile event and that he hoped it would continue to gain support in the coming years”. He hoped that the popularity of the event would grow making it a fiercely contended competition in future years and hoped to see even more members next time.

We are extremely pleased to announce that the current total amount raised by AMHSA for Cancer Research UK is £820.11. Well done and thank you to everybody who has contributed. Together we shall beat cancer sooner. We are confident that we can reach our target. 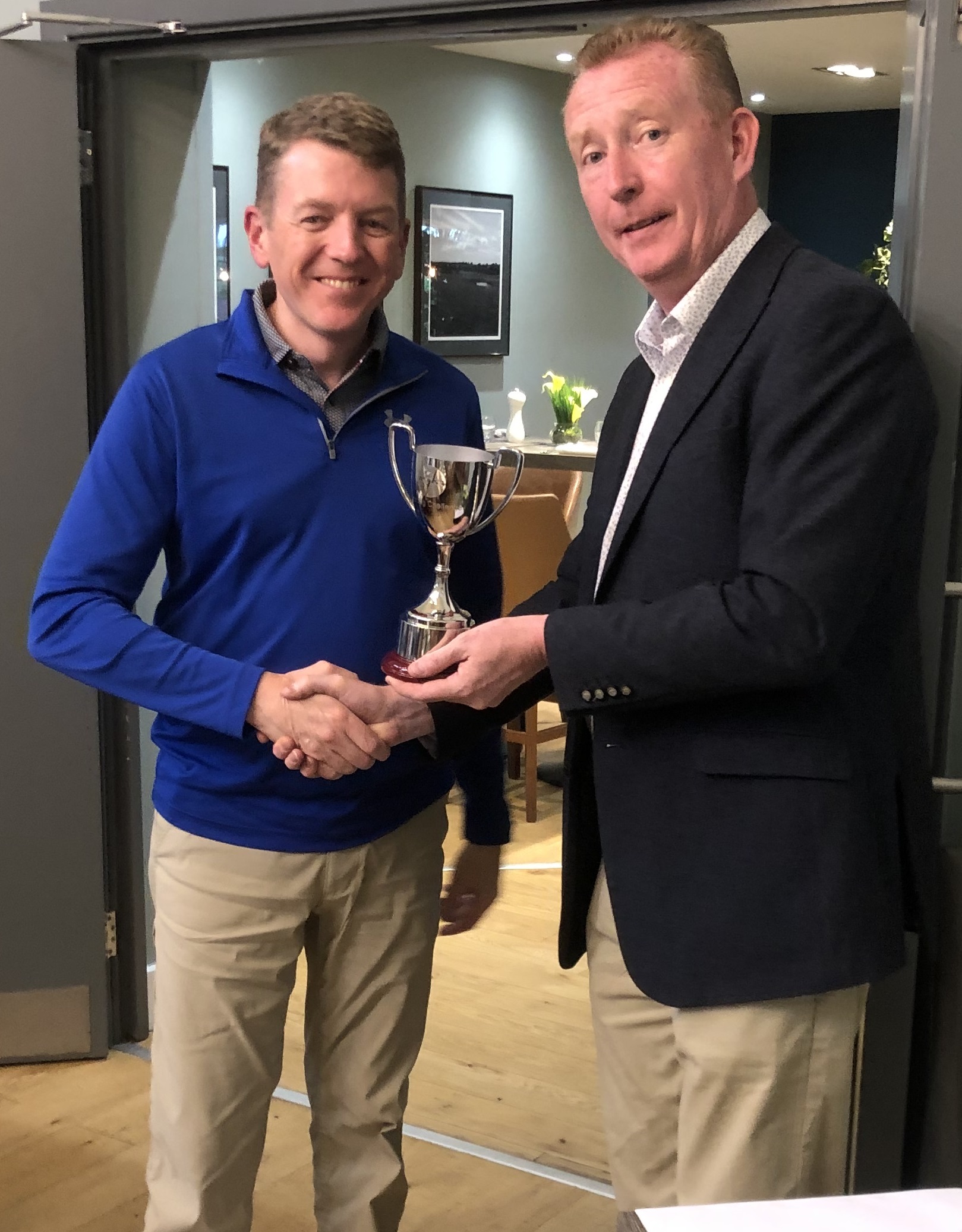 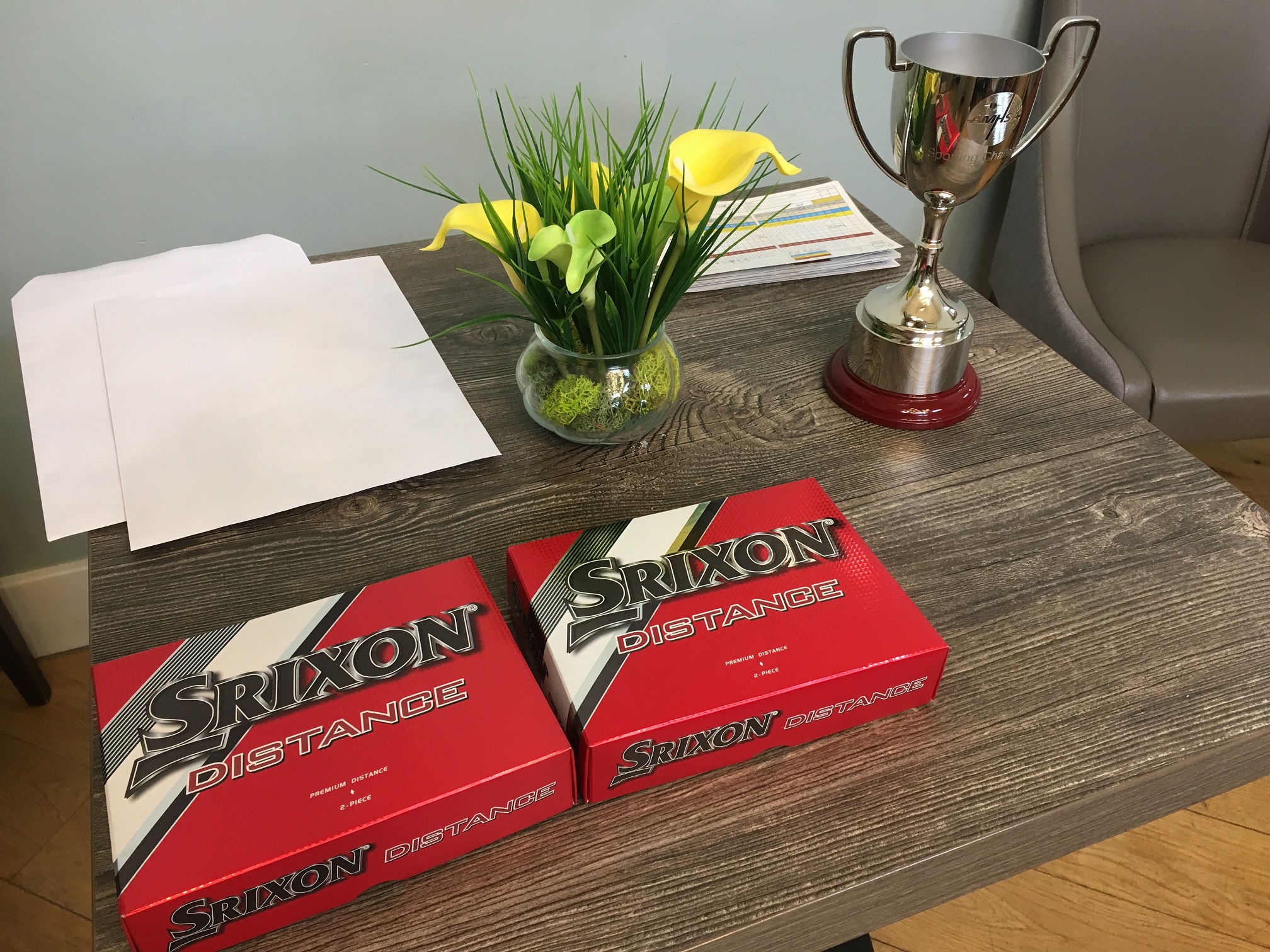 The event will be repeated next year. It may potentially have an alternative element to the contest but AMHSA are committed to providing an event that would offer the usual networking opportunities in a social environment whilst generating financial support for our chosen charity. We hope to see you all next year when you will have the chance to topple the current champions and position your company at the top of the sporting pile. 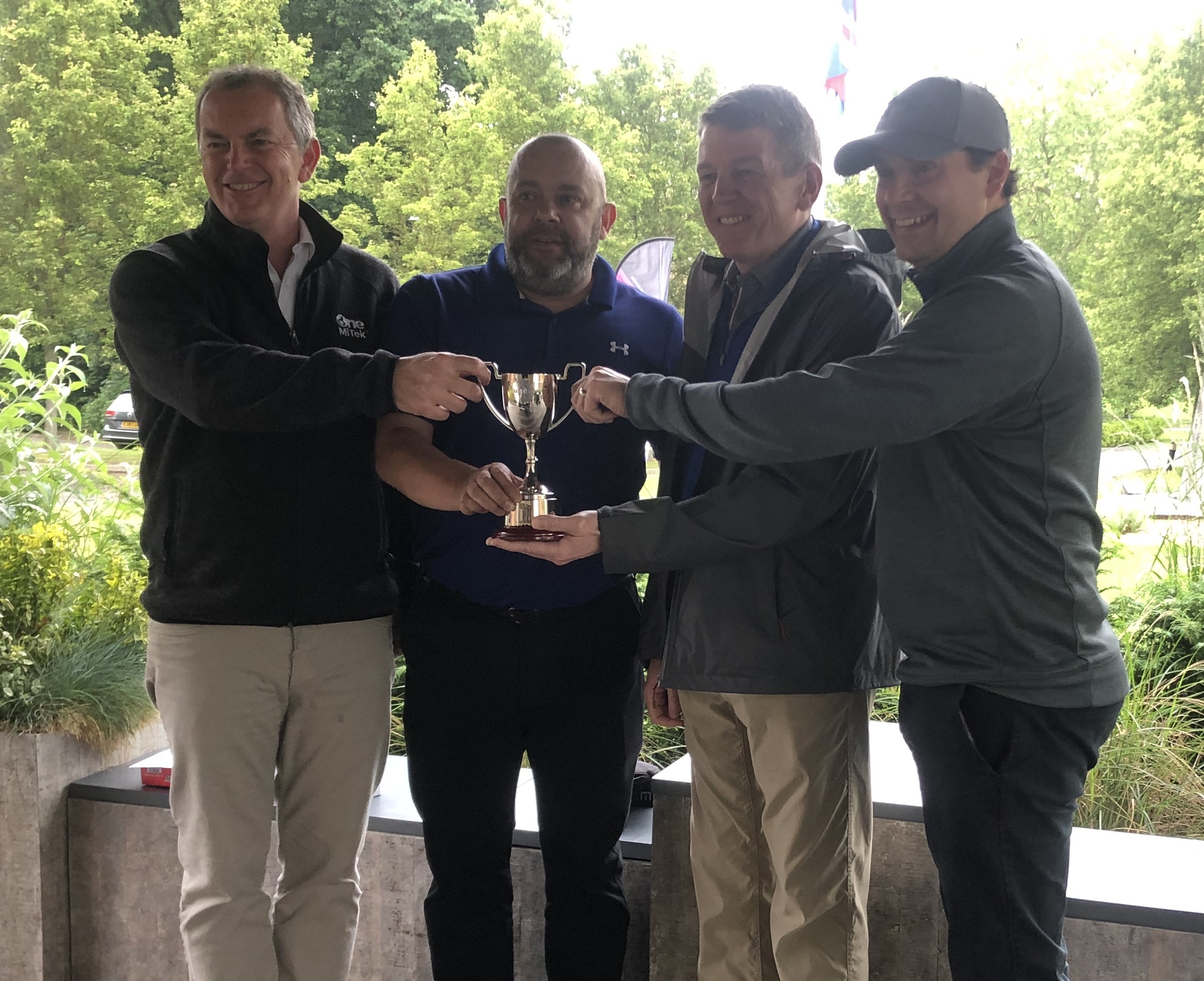